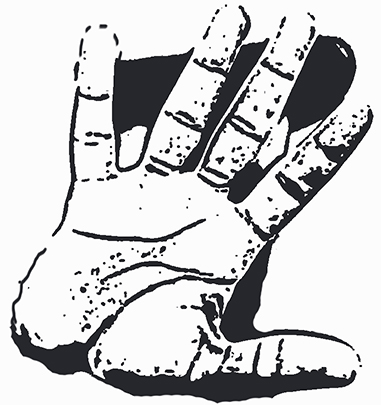 Facial recognition by entities other than people and their pets has gotten out of control.

Thanks to ubiquitous surveillance systems, including the ones in our own phones, we can no longer assume we are anonymous in public places or private in private ones. This became especially clear a few weeks ago when Kashmir Hill (@kashhill) reported in the New York Times that a company called Clearview.ai “invented a tool that could end your ability to walk down the street anonymously, and provided it to hundreds of law enforcement agencies, ranging from local cops in Florida to the F.B.I. and the Department of Homeland Security.”

If your face has ever appeared anywhere online, it’s a sure bet to assume that you are not faceless to any of those systems. Clearview, Kashmir says, has “a database of more than three billion images” from “Facebook, YouTube, Venmo and millions of other websites ” and “goes far beyond anything ever constructed by the United States government or Silicon Valley giants.”

Among law enforcement communities, only New Jersey’s has started to back off on using Clearview.

And Clearview is just one company. Laws will also take years to catch up with developments in facial recognition, or to get ahead of them, if they ever can. And let’s face it: government interests are highly conflicted here. Intelligence and law enforcement agencies’ need to know all they can is at extreme odds with our need, as human beings, to assume we enjoy at least some freedom from being known by God-knows-what, everywhere we go.

Personal privacy is the heart of civilized life, and beats strongest in democratic societies. It’s not up for “debate” between companies and governments, or political factions. Loss of privacy is a problem that affects each of us, and requires action by each of us as well.

A generation ago, when the Internet was still new to us, four guys (I was one of them) nailed a document called The Cluetrain Manifesto to a door on the Web. It said,

We are not seats or eyeballs or end users or consumers. We are human beings and our reach exceeds your grasp. Deal with it.

Since then their grasp has exceeded our reach. And now they’ve gone too far, grabbing even our faces, everywhere we go.

Now it’s time for our reach to exceed their grasp.

Now it’s time, finally, to make them  deal with it.

We need to do that as individuals, and as a society.

Here’s a three-part plan for that.

First, use image above, or one like it, as a your personal avatar, including your Facebook, Twitter or Whatever profile picture. Here’s one that’s favicon size:

Second, sign the Get Out Of My Face (#GOOMF) petition, here.  (With enough of us on it, this will work.)

Here at Customer Commons, we have some good ideas, but there are certainly others among the billions of us whose privacy is at stake.

We should discuss this, using the hashtag #faceless. Do that wherever you like.

Here’s a rule to guide both discussion and development:

No complaining. No blaming.

That stuff goes nowhere and wastes energy. Instead we need useful and constructive ideas toward what we can do—each of us, alone and together—to secure, protect and signal our privacy needs and intentions in the world, in ways others can recognize and respect.

We have those in the natural world. We don’t yet in the digital one. So let’s invent them.