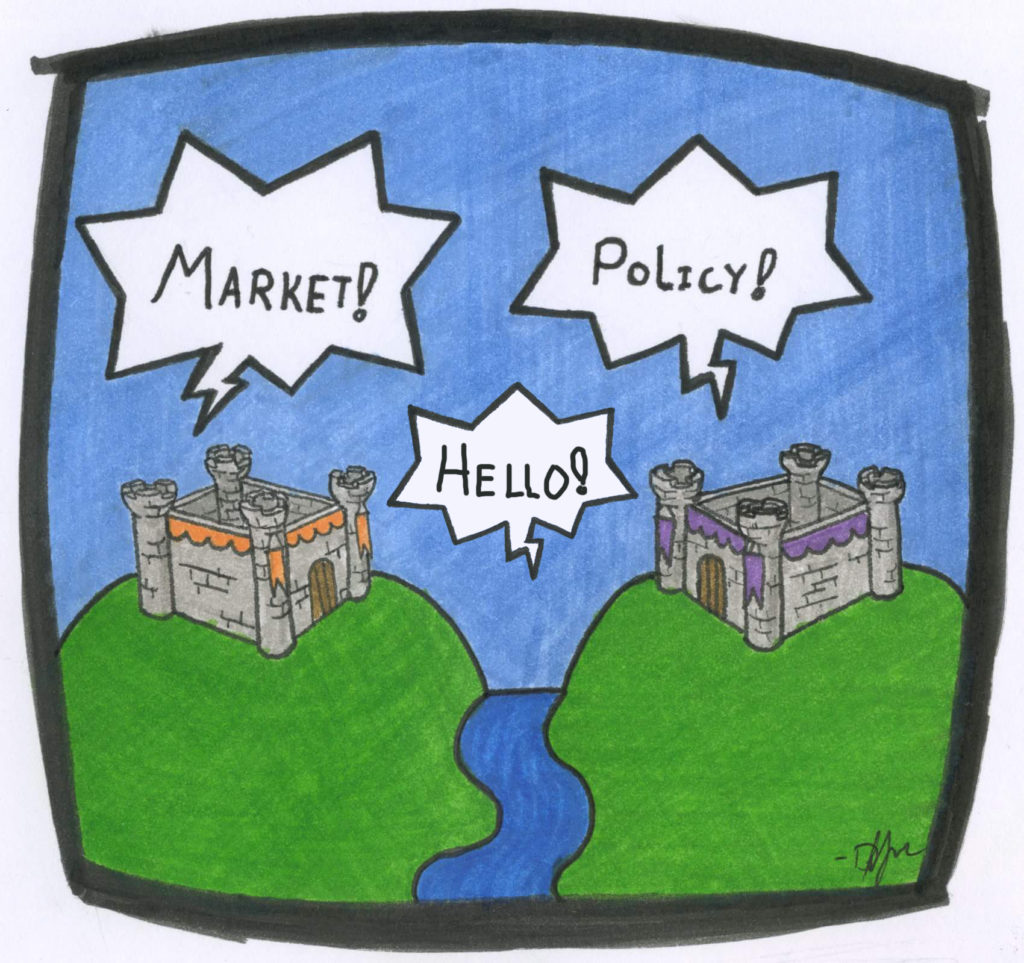 Almost all arguments in economics are advanced by two almost opposed positions, each walled into the castles of their ideologies, both insisting that their side has the solutions and the other side causes the problems—while meanwhile between the two flows a river of customers who, if they could be heard, and could participate with more than their cash, would have solutions of their own.

It’s a long fight, dating back to the personal agency we lost when industry won the industrial revolution. And it’s one we continue to lose, in many ways, through these early decades of the digital revolution.

If it weren’t losing, we wouldn’t have books such as Shoshana Zuboff‘s In the Age of Surveillance Capitalism, Brett Frischmann and Evan Sellinger‘s Re-Engineering Humanity, Jaron Lanier,’s You are Not a Gadget (and pretty much everything else he’s written), plus what Nicholas Carr, David Weinberger, and many others have been saying for years.

The problem with most of what’s been written so far is that it assumes customers will remain victims unless companies or governments (and mostly the latter) rescue them. There is little sense that customers can also bring solutions to the market—ones that are good for every party involved.

One notable exception is Brett and Evan’s book, mentioned above, which closes with a hopeful nod toward some of our work here at Customer Commons:

Doc Searls and his colleagues at Customer Commons have been working for years on standardized terms for customers to use in managing their relationships with websites and other vendors… [his] dream of customers systematically using contract and related tools to manage their relationships with vendors now seems feasible. It could be an important first step toward flipping the scientific-management-of-consumers script we’ve become so accustomed to.”

My own work here started with Linux Journal in 1994, and gained some notoriety with The Cluetrain Manifesto (co-written with David Weinberger, Christopher Locke and Rick Levine) in 1999. Then, after notoriety didn’t seem to be working, I launched ProjectVRM at Harvard’s Berkman Klein Center in 2006, and in 2012spun out Customer Commons, which since then has quietly been developing on the personal data usage terms Brett and Evan mentioned above.

These are terms that each of us can proffer, and which the businesses of the world can agree to—as an alternative to the reverse, which has become a bane of online existence, alas made worse by normalization of insincere and misleading cookie notices on the Web, caused by (what we regard as a misreading of) the GDPR: a sad example of policy failing to fix a market problem. (So far. In another post we’ll visit ways the GDPR and California’s CCPA might actually help.)

The term third force has multiple uses already, the most common of which seem especially relevant our work here:

Since customers and citizens are opposed to neither business nor government, but constantly look for positive outcomes in their dealings and relationships with both, third force works.