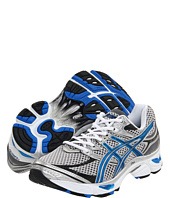 Ray Collins in Buyer Insights asks, How Long Before Consumers Start Buying Like Corporations? He sees “B2C markets going the way of B2B markets with a dramatic shift in power from seller to buyer.”

In business-speak, B2B is business-to-business, and C2B is consumer- (or customer-) to-business. Or vice versa, as used above. The context here is an increase in power on the buy side in general.

For many decades there has been talk of an end to the era of mass marketing. However, until now it was just talk. That is because although targeting the ‘customer of one’ sounded good, the technology did not exist to make it possible.

A new book by Doc Searls called ‘The Intention Economy: When Customers Take Charge‘ envisions how new technology will kill the age of mass marketing. It means an end to the ‘Calf – Cow model’ where the consumer is powerless and the supplier is all-powerful.

No longer will consumers be simply”targeted” “captured”,” “locked-in,” “owned” and “managed” by sellers!

… This is the information or  ’Big Data’ age. As consumers we leave a rich digital trail through our use of; loyalty cards, online retailers, web browsers and online search engines, as well as our social networking pages.

For sellers this information is power. But that may not always be the case.

‘VRM, or vendor relationship management is a category of business activity made possible by software tools that provide customers with both independence from vendors and better means for engaging with vendors.’ That is the definition fromProject VRM at Harvard.

To quote Doc Searls: ‘For most of the industrial age, companies have been obsessed with getting the attention of prospects and customers…’ But now ‘we can make our intentions known personally and in ways that can cause and sustain genuine relationships. And, where no relationship is required, we can connect, do business, and move on, with less cost and hassle than ever.’

…In the Attention Economy of mass marketing vendors focused on getting the buyer’s attention and marketing, or advertising was all powerful.   But in The Intention Economy the consumer buyer notifies the market of the intent to buy, and sellers compete for the buyer’s purchase. It is a shift in the balance of power and that is something that B2B sellers know all about.

Iain Henderson of The Customer’s Voice has done much research comparing B2B relations with C2B, and found many thousands of variables in the former and just a handful in the latter. This owed to a relatively even balance of power between customers and vendors in the B2B world (even given the changes Ray notes in his post), and a lopsided one in the C2B world, in favor of the vendor’s (B) side. As customers get more power, however, the variables will only go up, and with them will also rise choices for both sides.

For example, today no company is ready to hear a customer name his or her own terms (or preference for terms) in a C2B interaction (sometimes called a “ceremony”). Few companies are ready to hear a personal RFP or “intentcast” by customers in the wild. Ray (who writes in the U.K.) gives two examples of those: